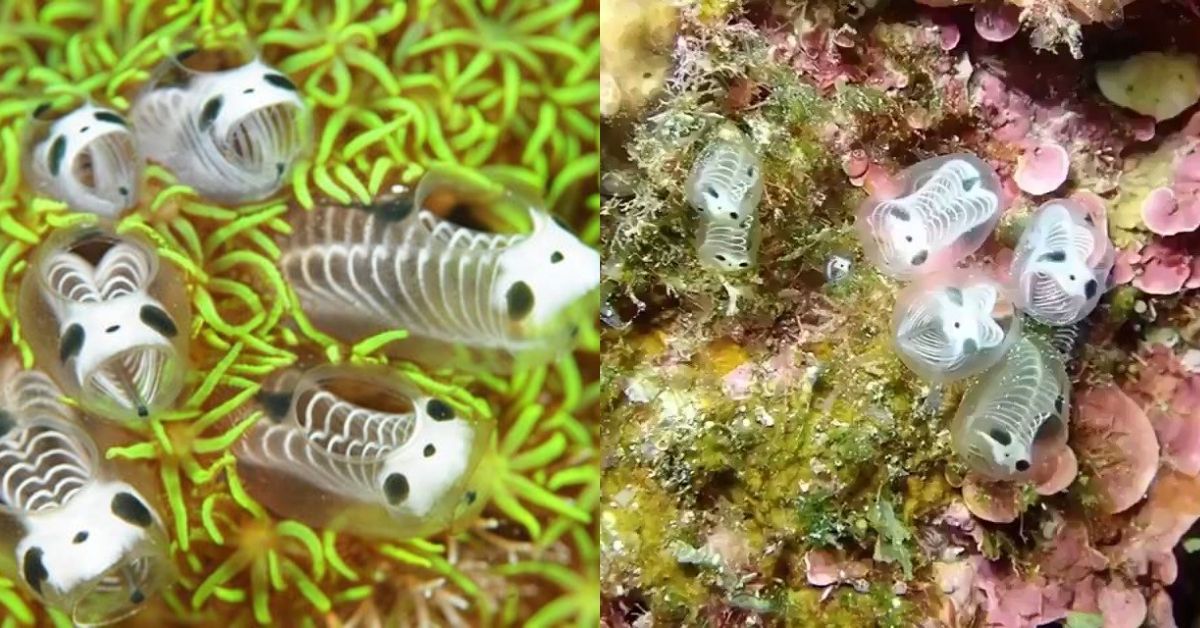 Sea squirts are amazing little creatures from the ocean. There are many kinds and varieties with some making great aquarium pets at home. They can take care of live rock infestations, like flatworms. But, one type, the skeleton panda sea squirt, has made waves over internet social media sites and public forums in recent years.

Can You Keep Skeleton Panda Sea Squirts as Pets?

Sea squirts in general are not for newbie fishkeepers or those who lack experience with reef aquariums. Plus, this particular variety of sea squirts may not actually exist. So, it will be difficult to keep a skeleton panda sea squirt as a pet if you can’t find one.

Regardless of the specific species of sea squirt, they are difficult to feed because they require a rare and particular diet that may be difficult to sustain. But for aquarists who know what they’re doing, sea squirts can make beautiful and interesting additions to a reef-safe tank.

It is important to note that sea squirts provide a very important role in ocean ecosystems and should stay there to be food for predators or provide shelter for micro-sized aquatic life.

So, if they do exist, their information is very sparse and there aren’t many photos of them. If they were pets in people’s aquariums, there would be other photos circulating for sure.

Also, some people in public online forums relate stories about purchasing ones they found for sale online. But when they get them, they don’t look anything like the two pictures floating around. They often report they’re a transparent orangey-pink, which means they’re only common sea squirts.

Which Animal Is Commonly Called as Sea Squirt?

Ascidians are the official name for the affectionate moniker of sea squirt. The name is also a class of Tunicate, which indicates a tunic, which covers and protects them. The tunic contains cellulose-based polysaccharide, proteins and calcium salts. This tunic coat is often ridged or pitted along with being very tough and resistant.

The name “sea squirt” comes from comes from their ability to expel water from their openings, or siphons. The name “ascidians” indicates how their pharyngeal region acts as a mouth.

Why Do Sea Squirts Squirt Water?

As mentioned earlier, the nickname for some species of ascidians are “sea squirts” because they expel water from their peculiar siphons.

They have two of these siphons, one acts as a mouth and the other acts as a means of digestion. They have a region in their bodies occupied by the pharynx which constitutes a mouth. This pharynx has many perforations arranged like a grid around the circumference.

The cilia sucks water into the siphon and then through the perforations. A long, ciliated groove runs on one side of the pharynx and a projecting ridge along the other side. The pharynx is also surrounded with an atrium where water expels through the second, smaller siphon.

Sea squirts excrete a rare and toxic metal called vanadium within their blood. This makes their blood look green in color. Scientists are still quite unsure about how they’re able to create this concentrated metal within their body.

But it does contribute to forming and repairing their tunics. This can be very poisonous to humans in large amounts and are definitely toxic to many natural predators in a sea squirt’s habitat.

How Does a Sea Squirt Protect Itself?

Sea squirts protect themselves by emitting vanadium, a very concentrated, toxic and rare metal that can kill many of its natural predators. Their hard covering, or tunic, also helps protect them from injury, predators and inclement sea conditions.

Does a Sea Squirt Eat Its Own Brain?

Yes, sea squirts eat their own brain. This is because once they attach to a rock and become stationary, they stop moving. They no longer require their brain to move and find a home, so it decays and absorbs into their bodies which makes them freer for their other important roles in the ocean’s ecosystem.

What Do Humans Have in Common with Sea Squirts?

In terms of evolution, sea squirts are distant relatives to human beings because sea squirts have a spinal cord. Humans also share nervous, hormonal and immune system setups, responses and chemistry with most common sea squirts. But, thank goodness, human beings don’t eat their own brains when they become immovable.

Skeleton panda sea squirts could very well exist. We still don’t know everything there is to understand about the ocean. This is especially true about the deepest parts of the sea that have yet to see human activity. So, indeed, their existence is not outside the realm of possibility.

But, if they were ready and available as pets, there would definitely be a lot more information about their specific species, care and habitat. There would be some sort of scientific research about them and home aquarists would post their pictures somewhere.

A solid source, like a school or aquatic research center, would make some kind of documentation about them like they do sea grapes, sea potatoes and star tunicates, for example. The proof just isn’t there to confirm or disprove their existence. The skeleton panda sea squirt will remain something of a mystery until someone can show otherwise.